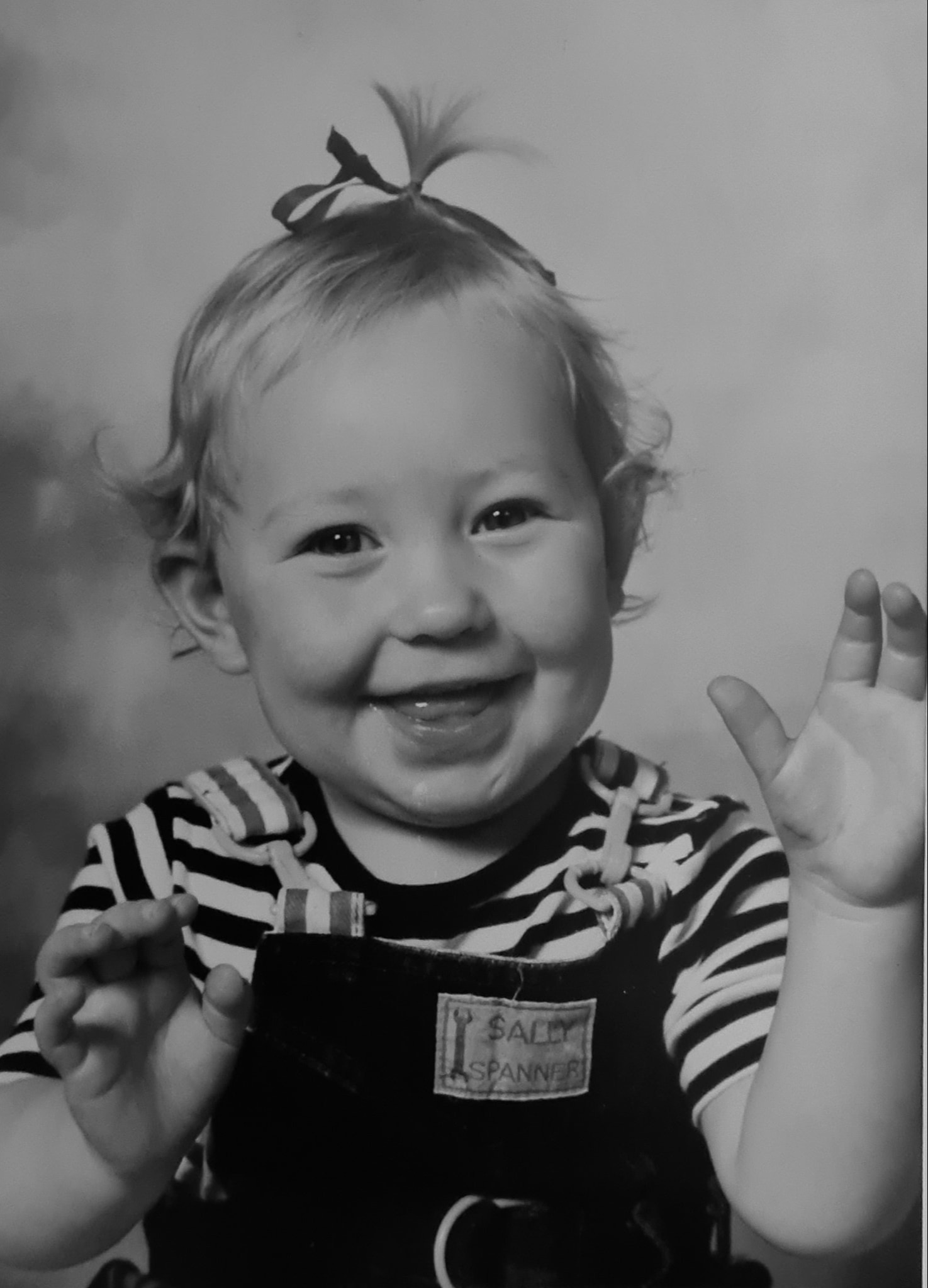 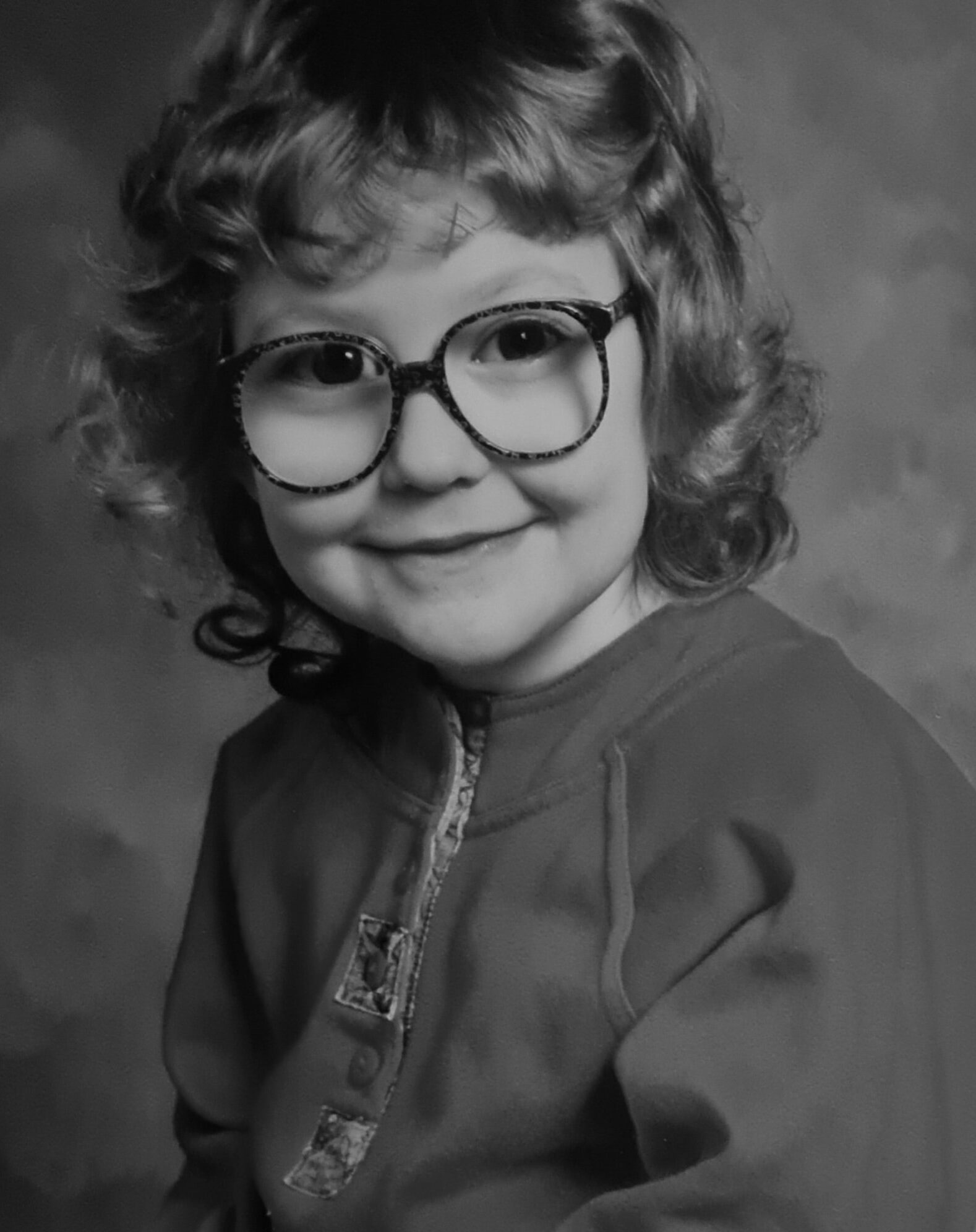 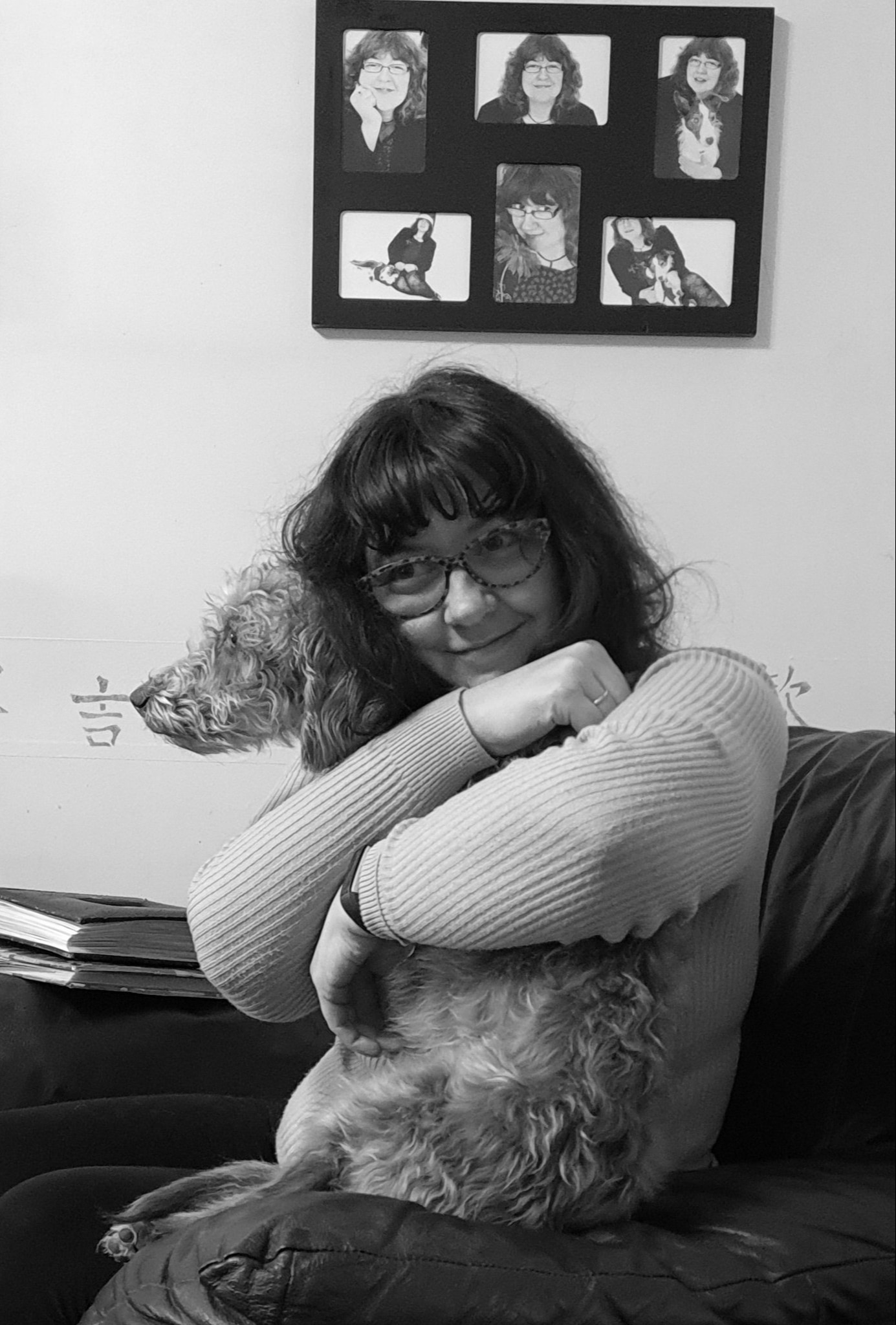 When you’re pregnant, you have such hopes and dreams for the future of the new baby. When you have a baby who isn’t going down the same path as others, your ideas begin to fall into disarray. When you have no idea why your baby isn’t the same as everyone else’s, your world turns upside down! For 35 years, I’ve had no idea where I should be going with Teegan, as, at every turn, I’ve been told ‘there’s no reason for her to be any different!’ It’s a blessing that, despite learning difficulties and Autism traits, Teegan knows her own mind and because of this, she has perhaps had more opportunities in her life than many, because she’s been able to call it.

Teegan Claire was born in September 1986, my middle child. Her father and I both secondary school teachers. It was a reasonably straightforward pregnancy but with more frequent monitoring because of birth complications with my first child and, as time went on, placenta previa was showing.
With three weeks to due date, the consultant gave the signal for a ‘normal’ birth when the time came…Within 15 hours however, I was haemorrhaging badly and blue lighted to hospital! Teegan was delivered by C-Section within minutes of arrival and when I came round from the anaesthetic, I was greeted with a beautiful, cuddly, healthy 6lb 7oz baby girl!

A quiet, content child, Teegan was invariably wreathed in smiles. Almost perfect…but my ‘mothering instincts’ were twitching. She took her time to walk and develop other skills, but, at 18 months, the family health visitor was happy to let her pass her developmental stage, saying Teegan was just ‘taking her time!’ Happily, she did listen to my concerns surrounding Teegan’s lack of verbalisation and communication and we went down the route of testing her hearing, suspecting deafness. Subsequently, Teegan was fitted with grommets, but there was no change.

By 4 years old, Teegan was physically a picture of health, but it was discovered that she needed glasses, having determined that her sight was quite poor. The spectacles certainly helped her vision, but there seemed to be no tangible change in development.

A place became available at a diagnostic nursery, but, due to a change in family dynamic, Teegan, her brother and I found ourselves on the other side of the country beginning a new life! Fortunately, thanks to my teaching connections, Teegan was immediately taken in by an incredible special school and slowly a little magic began to happen! With a mixture of Makaton and vocalisation, everyone’s life brightened as Teegan began to attempt to make herself understood. What a relief! We were suddenly getting somewhere!

The special school system worked well for Teegan all the way through her education. She had the opportunity to learn to be around and work alongside others and to grow her own personality too. For Teegan, having the time and skills that this part of the system could give was exactly what she needed. Mainstream education would have been devastating! At 14, Teegan went on a work experience placement to a small café and was taken on as their very first Saturday girl! She washed up, set tables, sorted crockery, ‘chatted’ (in her own fashion) to customers, it was incredible for her confidence! In fact, this particular business is now known for it’s fantastic support in offering valuable placements to staff with a wide range of learning impairments and Teegan was their trailblazer!

By 18, she declared that she wanted ‘to go to university’ like her brother! As you can imagine, my heart almost exploded (again!) If Teegan was capable of asking for it, it had to be taken seriously! We sat down together at the computer and explored options for special needs residential colleges, post-16. Teegan was very clear which place she was interested in Pennine Camphill Community, just outside Wakefield, South Yorkshire; about an hour from home, ( I think it was the horses.) As with all things special needs, there was an enormous ‘fight’ for funding etc, but, happily Teegan was granted a place to live in within this incredible self-sufficient community for 3 years! To say I was initially sceptical was an understatement; Teegan going to a place that had no tv, but I couldn’t have been more wrong!

During that time, she studied farming (her choice) and learned some amazing skills! As an example, both she and I have fantastic wall hangings that she made with wool from the sheep she tended, dyed with the vegetables that she grew and then wove on a full-sized loom! Her new found animal husbandry gave her responsibility for the egg delivery to all the houses on campus each day from her 250 chickens! The support workers were students from all over the world, most of whom intended to be teachers, doctors and social workers in their own country at the end of their courses. Consequently, there were cultural celebrations almost every single day. Can you imagine, Christmas every day! The Camphill Organisation embraces the ethos of Rudolf Steiner, an educationalist who encouraged learning by understanding where you fit in with every part of the world around. An holistic, self-sufficient method of which I had no experience, but have been left with huge admiration for!

After 3 years, Teegan’s time at Pennine came to an end. Personally I had hoped she would consider moving to somewhere such as Botton Village where she could continue her new found independence, but she was set against it. Her choice! I didn’t mind, but, as she said, her brother ‘didn’t come back home to live’ and she didn’t want to either, but she did want to continue her independence closer to home. We’d managed almost miracles before, with Pennine, so it was only fair to attempt to find something that would help Teegan maintain that confidence and independence she had been fostering. If we did, it would be a massive move for Teegan’s adult perspective on life.

I had been talking with the parent of a young person leaving Pennine at the same time as Teegan. She told me her son was going into his own home. I was shocked but intrigued. She told me about My Safe Home, so I investigated. Through the support of My Safe Home, with probably the biggest ‘fight’ yet, we eventually secured a brand new build for Teegan at the opposite end of our village, under the Shared Ownership Scheme. That doesn’t mean to say that we had a lot of money to invest, because we didn’t, but there are ways if you can find them; it’s just that most authorities won’t tell you! The whole process was extremely complicated, but worth every last breath, as Teegan will always have a roof over her head long after I’m gone! It may not be ideal from a parental point of view, because there’s still an awful lot of regular admin to do (her brother & sister will take over eventually.) I would have preferred for Teegan to live in a shared home with others, but it seems that those opportunities won’t allow pets and Teegan’s dogs play a vital part of her life, her confidence and her development, so Shared Ownership it was!

Teegan has lived in her own home for the past 13 years. Her current companion, a gorgeous little 3-legged rescued Bedlington Whippet named Fudge, is her responsibility and the love of her life! Because of her vulnerability, Teegan’s unable to walk the dog on her own, but Fudge provides so much more purpose in her life, than just a pet trotting around the house. She has a support team who help her. Household chores such as cleaning, for example, are things that we know Teegan can do, so she only has support for tasks such as baking, cooking etc where health and safety, reading recipes is an issue. (She is, in fact, a local champion baker…not special needs!) She also has staff to sleep over, as she sleeps so deeply, she would be unlikely to wake up in an emergency.

Teegan is on an incredible journey! From a little girl who didn’t vocalise and barely communicated, to a young woman who is able to show deeper understanding than anyone ever thought possible! It’s an enormous frustration to Teegan that she can’t read! She loves books and spends hours looking at them and FaceBook on her phone! She takes her cues from words she can recognise, sounds, pictures and lots of other things that most of us would take for granted. What is interesting is that she can read pub names and can manage to order a Guiness if it’s on the menu!
She is the only one of her group of friends who goes to vote in elections! We explain, in a way Teegan can understand, what is being said by candidates and then one of us will go along with her and be with her when she makes her selection (which she memorises by the logo.) There is a special procedure for anyone who needs help in voting, but it is worth doing.

Teegan has had the same best friend for 28 years now. Every year, she and Elizabeth have their photos taken at each other’s birthdays and every year their expressions and positions are almost identical! It’s fabulous!

Teegan’s had boyfriends, (in a limited capacity) and has experienced absolutely everything she has wanted to experience, within reason. As a parent, it has taken me to hell and back, but I’d do it all again in a heartbeat!

Reading this back to myself, it almost sounds as though things are relatively easy for Teegan, but they’re not! She is incredibly self-aware and this brings great problems. Her ‘baby brain’ as she calls it, breaks her heart at times. Other times, she can be out with her siblings and it might not be so easy to see the difference, but if you could hear her, you would know!

Teegan has an extensive vocabulary; even I don’t know where she gets the words from sometimes! The other day she was attempting to explain a programme on the television and she used the word ‘perpetrator!’ I was astonished. Not sure I’ve even used the word before, but seconds afterwards she was behaving as though she were a 5-year-old! So very, very complicated!

Because of what I do these days, Teegan often spends time with me around live music, usually very loud rock! We discovered that she has the ability to take incredible photos on her phone! She has now joined me as my Second Shooter for our hobby at: https://www.facebook.com/tsher58 AlltheTs Photography. We have fantastic fun together!

I apologise for such a long-winded introduction to my daughter, but because she is so much older than most people identified with this condition, both she and I wanted to offer you a story of hope.

One day, if she will do it, I will try and get Teegan to talk to you a little bit about her condition. It won’t be easy for her, but she is desperate to help people like herself. You will see that she is one of the most altruistic people you will ever come across.

On a personal level, the relief of knowing that there is something that other can relate to, is enormous! I hope that we can extend our friendship around the world and help each other feel less alone.

Blessings to you all,

If you would like to support Teegan and other people with CLCN4, please consider making a donation to Cure CLCN4.